Who is an orthopedist?

A person who specializes in orthopedics is known as an orthopedist. Orthopedists use both surgical and nonsurgical approaches to treat a variety of musculoskeletal issues, such as sports injuries, joint pain, and back problems.

Orthopedics is a branch of medicine that focuses on the care of the skeletal system and its interconnecting parts. These parts include the: 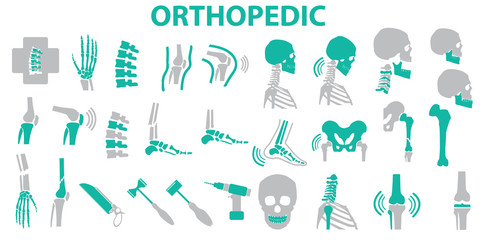 What do orthopedists treat?

Orthopedists treat a wide variety of musculoskeletal conditions. These conditions may be present from birth, or they may occur as a result of injury or age-related wear and tear.

Below are some of the most common conditions that an orthopedist may treat:

Shoulder replacement: there are a few major approaches to access the shoulder joint. The first is the deltopectoral approach, which saves the deltoid, but requires the supraspinatus to be cut.The second is the transdeltoid approach, which provides a straight on approach at the glenoid. However, during this approach the deltoid is put at risk for potential damage. Both techniques are used, depending on the surgeon's preferences.

Knee replacement: It involves exposure of the front of the knee, with detachment of part of the quadriceps muscle from the patella. The patella is displaced to one side of the joint, allowing exposure of the distal end of the femur and the proximal end of the tibia. The ends of these bones are then accurately cut to shape using cutting guides oriented to the long axis of the bones. The cartilages and the anterior cruciate ligament are removed.

Ankle replacement: Ankle replacement is becoming the treatment of choice for people requiring arthroplasty, replacing the conventional use of arthrodesis, i.e. fusion of the bones. The restoration of range of motion is the key feature in favor of ankle replacement with respect to arthrodesis. However, clinical evidence of the superiority of the former has only been demonstrated for particular isolated implant designs

Finger replacement: Finger joint replacement is a relatively quick procedure of about 30 minutes, but requires several months of subsequent therapy.post -operative therapy may consist of wearing a hand splint or performing exercises to improve function and pain.